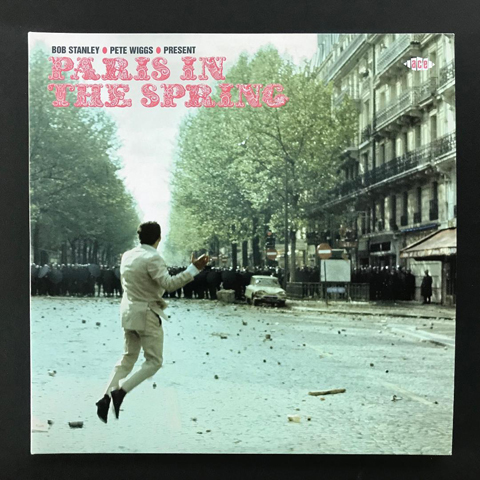 Sorry, Paris In The Spring- double vinyl album is out of stock.

Paris In The Spring is the second in a series of compilation albums especially compiled by Bob Stanley and Pete Wiggs for Ace Records.

These vinyl copies are left over stock from Saint Etienne's recent Barbican show.
We have just 17 copies to sell and the first 8 of those are signed by Bob and Pete.
The remainder of the stock is unsigned and shrinkwrapped.

In May 1968, Paris was burning. Out of the student uprising came a new wave in French music that matched the country’s mood – darker, and more introspective than yé-yé, France’s cultural revolution allowed the previously separate worlds of chanson, jazz, pop and film soundtracks to blend into each other. Laden with strings and sample-ready rhythm tracks, this new sound was exemplified by Serge Gainsbourg’s “Histoire De Melody Nelson”, but it wasn’t an isolated classic – this was a golden age for French pop. 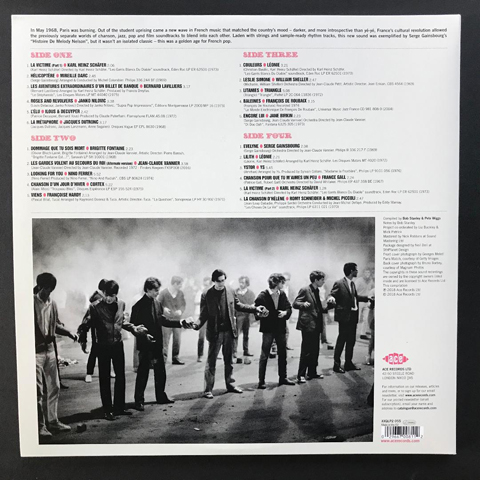 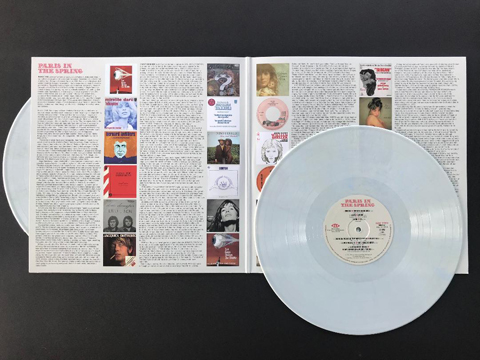